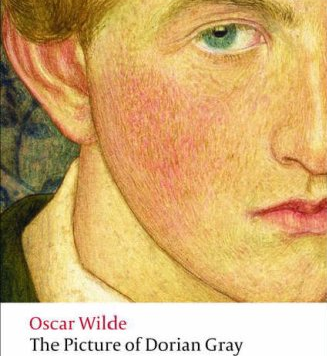 It’s eloquent. It’s beautiful. It’s rich. The Picture of Dorian Gray by Oscar Wilde is a must-read for any book lover.

Celebrated for his epigrams, plays, and other groundbreaking works, Oscar Wilde is an Irish writer and poet who became one of the most popular playwrights during the early 1890s. The Picture of Dorian Gray is the only published novel by Wilde, which first appeared as a lead story in Lippincott’s Monthly Magazine on June 1890. An amended version was published in April 1891 through Ward, Lock and Company. The most recent adaptation of this work was a film entitled Dorian Gray, directed by Oliver Parker and stars Ben Barnes.

The novel tells the story of Dorian Gray, a fashionable yet corrupt young man who invests his worth on external beauty but is essentially empty inside. After being enthralled with a painted portrait of him, he sells his soul for everlasting youth descending to a long journey of moral disintegration.

In this literary masterpiece, Wilde talks about art and beauty and explores the concept of “art for art’s sake”. Dorian Gray as a model of eternal youth and beauty is separated from the real Dorian who is rotting in a painting hidden in his house. The separation between the “work” and the “artist” itself makes the piece empty beyond the flawlessness it reflects.

Wilde’s playwright nature was also evident in the novel as witty and flowery dialogues serve as the backbone of the story rather than the description to the details and setting. His ability to play and toss words breathes life to the work, making the readers grasp the environment and the story through conversations.

This said, The Picture of Dorian Gray is something you’d want to sit and spend time with. It will surely engross your mind and senses, while of course, entertaining you with some cleverly witty lines.