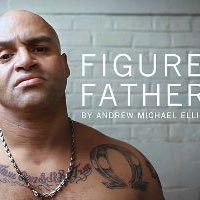 What’s more beautiful to watch than real life captured on film? In Figure Father, director Andrew Michael Ellis (of the documentray collective Nomadique) showcase the life of 49-year old Pedro Sodo, an ex-convict who desires to get a job and be a father to his 21-year old son Tony.

The film’s original goal was to shoot something that will reflect on the issue of job crisis. But Pedro’s story opened a wider narrative. The parallelism of his life to that of his son presents a genuine and extraordinary testimonial on how society hinders people like Pedro to have their own second chances.

Though he had never found a job until now, I admire Pedro’s braveness and perseverance to never let go and retreat to his old ways.

The film has succesfully painted a portrait of a reformed outcast who never gives up to survive in life and mend broken ties. Pedro’s story is just one of the many in our surroundings. It is quite amazing how one man’s story can be transformed into a mini-masterpiece that will touch millions of lives all over the globe.

Technicality wise, the grayness and gloominess of the lighting sets the mood of the film. The creators have successfully done their job as a medium for an unsung character in society.

All in all, Figure Father is an artistic endeavor that acknowledges reality in its purest sense. It’s a great film that will open our eyes to the intensity of these fragile issues.