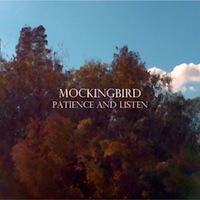 Think of the John Mayer’s sound and his guitar expertise and you’ll imagine how great Mockingbird is. Melancholic and beautiful, this album is very moving and emotional.

Mockingbird depicts the events of Ryan Tharin’s life, from the downfalls to the great ones. It was released on March 2013 and was recorded, produced, and mixed by Kenny Gil. All songs are written by Ryan Tharin, which makes this album very intimate and personal.

The songs echo a deep meaning, a journey to the singer’s life. The quality of his voice is husky yet comforting. Listening to his songs on any day will make you think of pondering the things that have happened in your life and the things that you could have done to make it better.

Migration Season welcomes the ears with lines about the backfires of life; about how the truth goes and comes around and that there will come a time when life will turn upside down.

In Royal Family, he sings about his previous band that fell apart. In this song, he claims how much all of his band mates matter to him despite the unfortunate episode. Leather Roots is about unconditional love and acceptance; about wanting a person so much in spite of her flaws and their differences.

All in all, I think that this album touches something inside of you that you never know existed. It is good to listen to if you are on a mood to contemplate and reminisce.