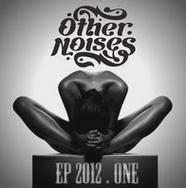 Other Noises: Burn Away

Russia might have another thing going for it besides vodka: Other Noises.

Okay, let’s forget the fact that the boys aren’t fluent (much) in English, and concentrate on their astounding craftsmanship instead. The foursome — composed of Ivan, two Vlads, and Sergei — might look like an offshoot of One Direction, but the comparison ends there.

They proudly call their genre as “new wave rock”, alluding to the slowly disappearing, straight-up rock music of the yesteryears which they’re trying to bring up again. Naming Jimi Hendrix, Red Hot Chili Peppers, and Guns ‘N’ Roses as influences certainly helped on the résumé department, but the “coolness meter” rests on the tunes themselves.

“Burn Away” introduces us right away to the band’s pronounced spunk (without being annoyingly screamy), a hard-hitting material that hearkens back to Metallica’s more recent material. “My Baby In The Town” is more of the same, but “It Hurts” employs a rather smooth arrangement that feels deliciously ‘Aerosmith’-y.

Take us back to the USSR!