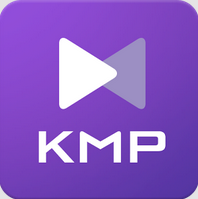 KMPlayer from Pandora TV is a multimedia player that allows you to play different kinds of formats on multiple devices. Unlike other media players, there’s no need for a separate codec because the app can play media files with its own codec. If you’re one of those users who get frustrated because your app can’t play this or that file, then this is right for you.

KMPlayer has internal support for OGG, WMA 7, MPEG 1, DTS and other popular formats, In addition, the app has a normalizer function, and because the codec is processed internally, it is much quicker than other apps.

Thanks to the design of the app, it doesn’t use a lot of power and won’t gobble up the resources on your mobile device. While it’s comparatively light compared to other apps, it is not lacking in power and versatility. Aside from being equipped with the codec, KMPlayer also has an image capture feature, plus it can support different kinds of media components. The app has a lot of advanced features, but it works fine out of the box so to speak.

The desktop version of the app also has support for other players like QuickTime and Winamp, and there is support for multiple output devices as well. Aside from that, skins can be applied on the app. Aside from playing music, you can use it to watch videos and movies. If you are frustrated by the fact that smartphone doesn’t have the codecs necessary to play a particular file, then KMPlayer can solve that problem.