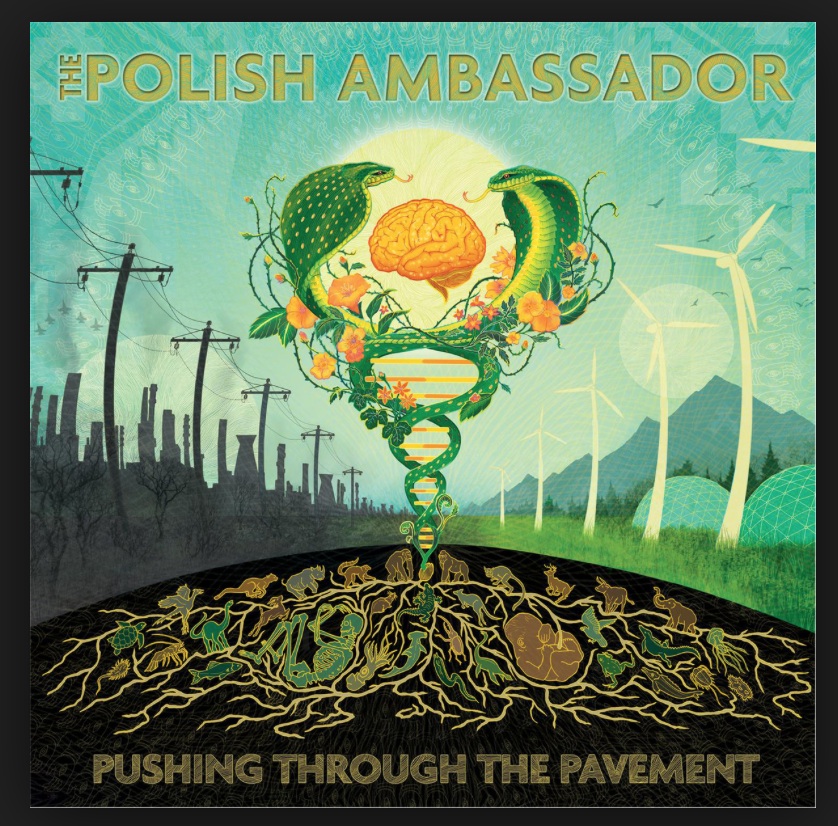 The Polish Ambassador: Pushing Through The Pavement

Just when you think you’ve figured what genre of music The Polish Ambassador fits snugly into, they go and change the game on you. Is it EDM? Rap? World?

I don’t have the answer to that, but I can tell you that the newest album by this former DJ and his menagerie of accompanists is pretty fantastic.

The album kicks off with one of its weaker tracks, “Vision Fiberoptics”, before launching into one of its strongest, “Let The Rhythm Just,” which features Mr. Lif & Ayla Nereo. Nereo’s gorgeous vocals are a beautiful counterpoint to Mr. Lif’s on-point verses. Mr. Lif and Ayla Nereo also team up on the later track “Lost & Found,” which is another of the album’s standout tracks.

The beats slow down for the next track with the excellent “Prayer for Rain” featuring Ryan Herr & Lizzy Plotkin, which has a subtle ’80s vibe mixed into its acoustic/island beats. The next several songs are all pretty solid; there’s nothing bad among them, but none of them will knock you out more than the others, save for “Sri Gurvastakam” featuring Kirtaniyas, which has a middle eastern vibe that is truly hypnotic.

Things pick back up again and close out the album strong, with “Rise and Release” featuring  Raashan Ahmad offering up pounding beats and terrific rap verses, and “Koyelia” featuring Peia, another middle eastern flavored track that is just beautiful. The album finishes with “Nobody’s Alone” featuring Yarah Bravo, one of my favorite tracks on the album. Bravo’s Nicki Minaj-esque raps keep things flowing fast and smooth, and the song is one of those you won’t be able to stop listening to.

Whatever category you decide to file “Pushing Through The Pavement” in, you will certainly enjoy the heck out of it.