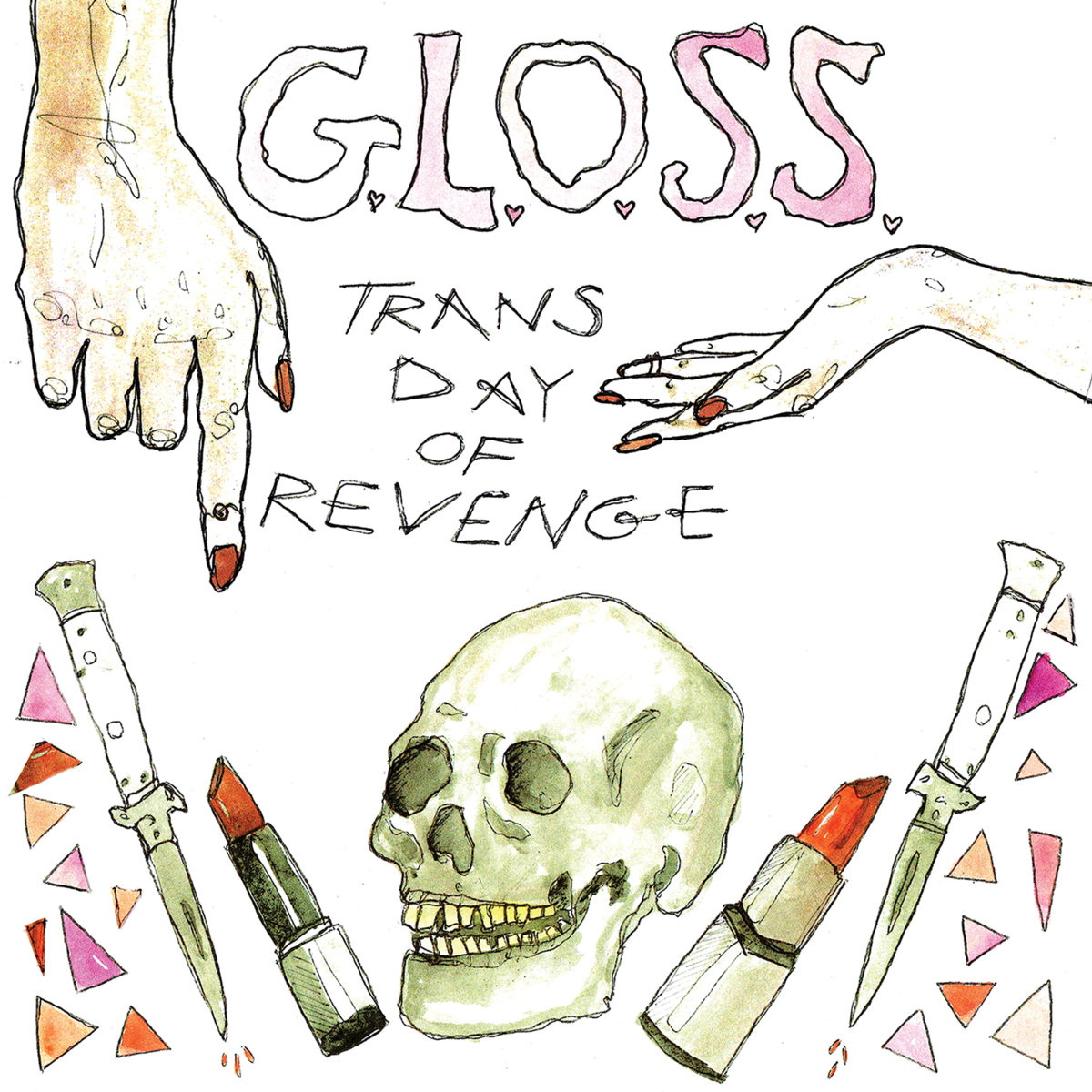 The name of hardcore-punk band G.L.O.S.S, from Olympia, Washington, is an acronym for “Girls Living Outside Society’s Shit”. And, as you may have guessed on reading that, their music is a loud and vicious expression of anger and frustration over the ills that plague society. The band’s second and final record (they disbanded soon after the release) Trans Day of Revenge presents us with an adrenaline-pumping ride that many may also find emotionally relatable.

As any human can attest to, there often come times when our problems seem so exasperating that lashing out in rage feels like the most satisfying thing to do. The music on Trans Day of Revenge is an exact capturing of this feeling. The album is a brutal reproach to sexism, racism, homophobia and just any other form of discrimination that exists; lyrics like “Wave your flag for your fucked up race/ If you don’t take flight you’ll take a brick to the face” and “Fascist scum expected a parade/ Your welcoming committee was an antifa brigade” are constants on the EP. The band’s aggressive sentiments are set against an equally aggressive backdrop of brash, blistering guitar riffs and frenzied drumming which sounds all the more punchy owing to the EP’s rough production style. Trans Day of Revenge, in all, is the perfect record for an introduction to hardcore-punk, and also an amazing listen is you’re just searching for something quick (it’s 8 minutes long) and intense. Give it a listen!

Favorite Tracks: Trans Day of Revenge, Give Violence a Chance