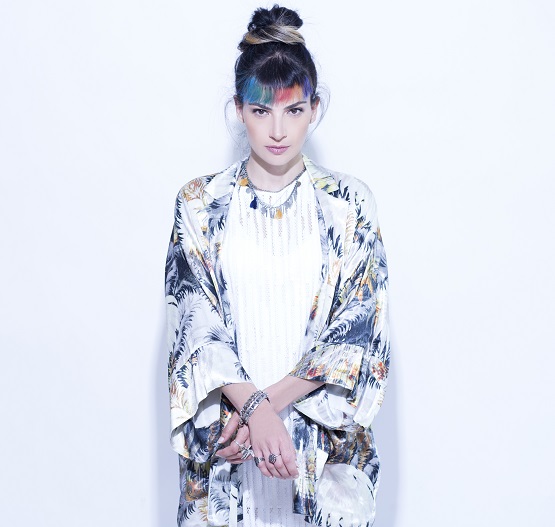 At a young age of 16, Dorine Levy has already been stirring up the pop scene with her exceptional and unique music gaining much acclaim to a legion of followers entranced by her mastery. The Canadian songstress was also able to get attention from major fashion brands like H&M and Zara using some of her tracks from the debut EP for their promotional campaign. This turned out exactly what she needed in order to be selected as one of the nominees of MTV Australia for the “Top 5 international acts” category in 2010.

Dorine’s first full-length album Underwater was released in 2013 and comes filled with 12 stunning, provocative tracks showcasing her unparalleled taste in music.
The album starts with “There for me” comprising a complex mixture of sounds fused by overlapping vocal harmonies. It also reached thousands of the artist’s viewers on Youtube and was used by the fashion brand Forever21 for their global advertising campaign.

Her third track “Cow Boy Fest” also kicks off like a killer. The synth on this track adds up spice to the dynamic concord that was able to highlight the seductive voice of Dorine Levy all while songs like “Ransom”, “Alice” and “Wake Up” grow irresistibly joyful in nature. Her fourth track “Leny Rose” was also an instant hit and was premiered on Indie Shuffle – ranked as the “Track of the Week”.

For much of the album, Dorine employs an original and strikingly melodic commercial-sounding music that utilizes a soft ambience – it is sophisticated and bold at the same time creating a diverse feel for each track.