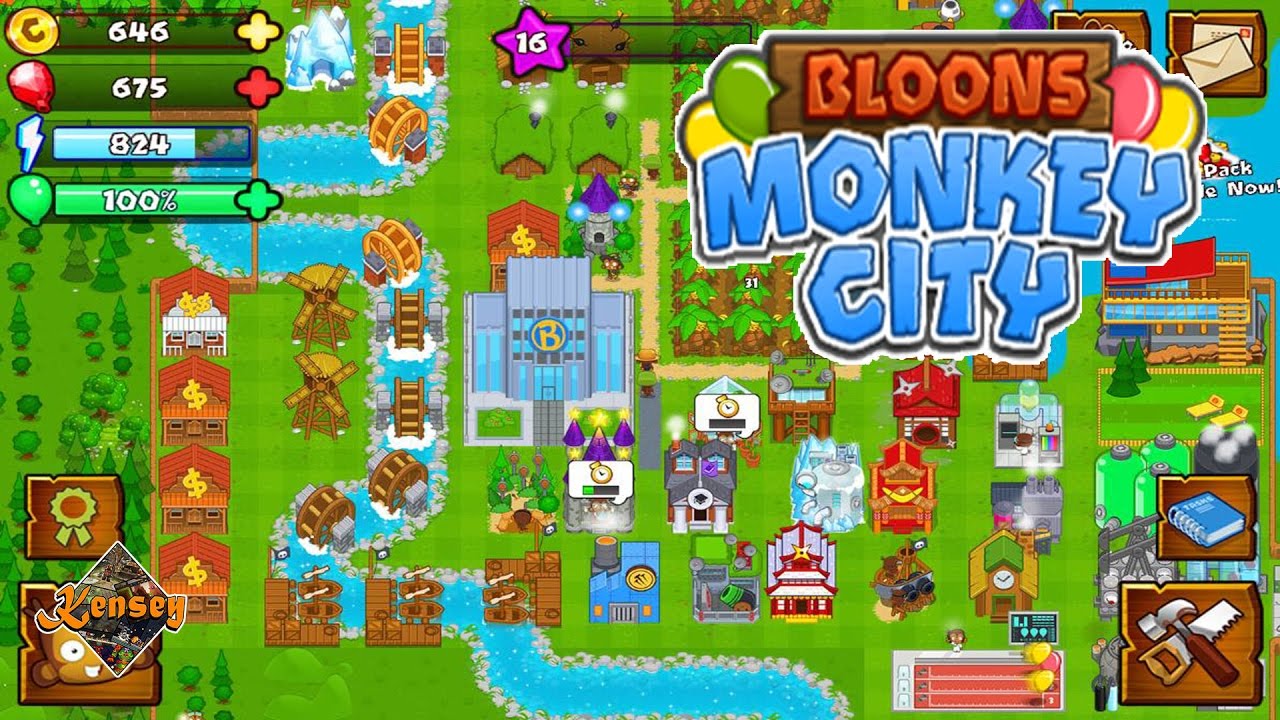 Bloons Monkey City from Ninja Kiwi is a city building game with elements of tower defense, and unlike other titles in this genre offers plenty of customization. While it’s mainly a simulated game, there it a lot of strategic elements to it, and the graphics and gameplay are first rate.

There are bloon hordes taking over the monkeys’ land, and it’s your job to keep them away. At the same time you need to build a city for the monkeys, and from the simple settlement you’ll be able to see it grow into a bustling city. Once you’ve managed to build the city, it’s time to attack the nearby areas infested with bloons.

When you attack the tower defense game takes over, and if you win you’ll be able to add that city and expand your land. All the structures in the game have a purpose: to power the city, banks for the economy, farming, military and more. Of course you can also make beautiful buildings that will symbolize your power.

The more resources you have, the more you can build, and the more challenges you can take on as well. Apart from the complexity of managing all these, the game offers some of the more diverse buildings and structures you will find in city building simulations. The tower defense aspects of the game are just as good, and the missions are original too.

Bottom line: Bloons Monkey City is an addictive city building game that has a little bit of everything. It’s a fun game, and the fact that you can connect to Facebook and play with friends makes it even more so.