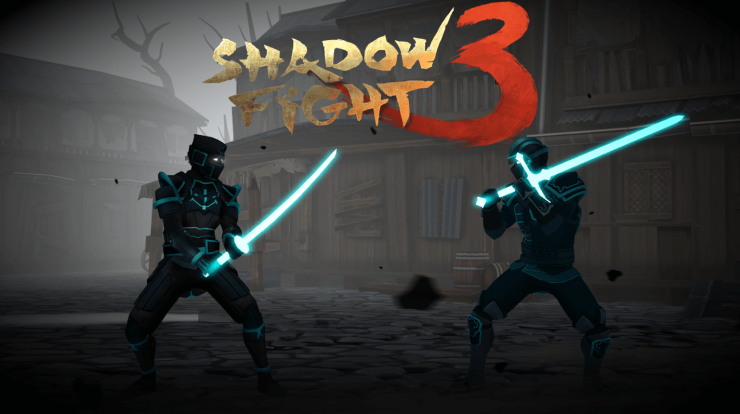 Mobile fighting games can be hard to pull off, but Nekki has done that with the Shadow Fight games. With Shadow Fight 3 you’ve got lots of action, easy to use controls and smooth graphics. There are elements of RPG and character customization too for some variety and even more addictive gameplay.

You can customize your character at the start of the game, after which you undergo training via the tutorial. Once you’re ready it’s time to step into battle. Keep beating your opponent until their bar is gone, and each blow you land fills up your shadow bar. When it reaches a certain level you’ll be able to throw some heavy strikes.

At the bottom right are the action buttons. Punches, kicks, throws, blocks, and more are possible by using different combinations. At the left is the joystick that controls your character’s movement. The stick is intuitive so you’ll have no problem with jumps, moving forward or stepping back to avoid hits.

Win a battle and you score points, plus you get access to character upgrades and new weapons. Land some really good shots and you’ll earn currency for weapons purchases and additional customization. The weapons and equipment you choose has a direct bearing on your performance. Packing heavy gear makes you powerful but slow. Light gear makes you faster but vulnerable to heavy hits. You have to find the right mix to win.

Shadow Fight 3 is fun but also hard. This isn’t a game that you’ll complete in one sitting, but if you’re willing to put in the time this is very rewarding.