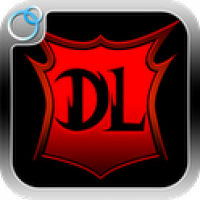 Time to bring out the darker and evil gaming side hiding in everyone of us as Dark Legends storms the Android platform. The game packs-in fangs, blood, and super speed that will surely satisfy every MMORPG fans’ hunger for the ultimate gameplay experience.

Created by Spacetime Studios this developer is marked as one of the top ones on Google Play and MMORPG seems to be their forte. Dark Legends is quite a hit on Google Play by raking in an average rating of 4.6 which is great comapred to the flood of new games by the hour.

To begin the game is packed with enjoyable hack and slash fun, especially during online battles with other players. There is lots of customization available and a huge game to explore. Dark Legends as a game really puts the player in control of a blood-thirsty vampires, on a quest to find the culprit responsible for him/her becoming a vampire.

There is a funny part to the game and that being the vampire in question is a good guy. Yes, you read that right, a good guy. He simply has a bit of a nibble on a human and then sends them on their way with a polite “sorry.” The only mission he needs to accomplish is to find out the main culprit who transformed him into a vampire. Quite interesting I say.

The map integrated within the Dark Legends gameplay is made up of numerous campaigns filled with story-based goings-on and the world map shows a string of missions to complete, and the player needs to spend their energy points on wrapping these up one by one (gaining and earning energy points is not a very simple task).

The visuals on this game are a bit of a let down as Spacetime Studios has really not done much to enhance the graphics and certain elements still look outdated from the time of Pocket Legends. Overlooking this, the game has a fun element to it and therefore will keep MMORPG fans smiling for quite some time.