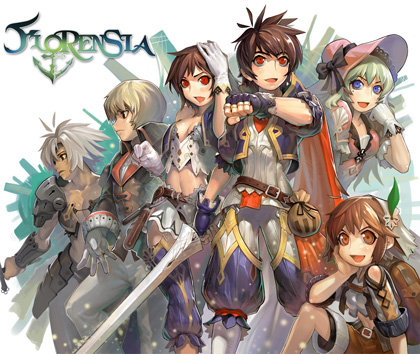 Florensia – Free MMORPG to play in land and sea

Have you ever heard of a massively multiplayer online game that lets you travel land and sea? In most games, you are stuck in a landmass and whatever water body that the environment suggests will be nothing but decorations.

However, Florensia Online allows you to create your own adventures on the shore and in the water! You have to hone your naval skills as well as your land skills to progress in this game.

One of the things that matters in a game is the mood and environment it brings. As soon as you log into this free to play game, you are greeted with funky music and cute character selection graphics.

As with any other online rpg, there are several classes to choose from depending on your inclination. You can be a Noble which is a mage or magic wielding class, a Mercenary which is equivalent to the warrior, a Saint which is the healer class or an Explorer which is the ranged class. After you personalize your character, you can dive into the game.

Even though most games nowadays have disabled the stat point allocation for simplicity, Florensia didn’t make that convenient jump. Instead, it stuck with the concept of building your character up to the very core. You get to allocate stat points that make your character uniquely yours if not for their appearance. Everything will be up to you. The skills that you will be learning and just how agile or how strong you are depend on how you build your character. While this seems to be a daunting task for beginners, it is a necessary task for you to be able to fully grasp an online rpg. Once you’ve mastered this, you will be able to take on any game out there without as much as a miniscule effort.

The gameplay on land is similar to other MMORPGs and it is simple enough to be understood. However, the truly unique feature of this game is the gameplay offshore or in the sea. You will be building a ship with parts that you will acquire in quests or bought from a local vendor. You have to have a ship if you want to start an adventure in the sea after all. Increase your naval skills by engaging in sea battles.

Florensia has a fast-paced approach in naval battles and anime style graphics that really suit the theme of the game. The world looks wonderful whether you’re on land or water. This is a game that you would enjoy in between serious skill grinding in other more serious games.