Color Out: Color Out EP 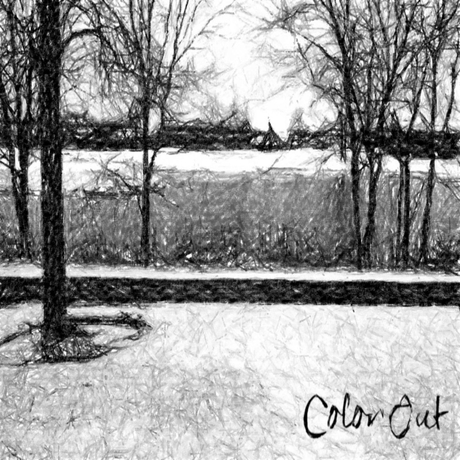 Being in a failing relationship can often be among the most emotionally daunting experiences in one’s life. While the fact remains as clear as day that the deep and fervent love you once shared with your beloved is now gone and parting ways is the best thing to do, you cannot help clinging on, hoping against the odds for a miracle. Chicago based one-man band Color Out’s self titled debut EP explores this emotion with stirring vividness.

Dave Hedrick aka Color Out shares his tales of loneliness, sorrow and frustration against the backdrop of early 2000s rock music. He blends melody with grungy guitar chords and powerful drumming in the style of bands like Foo Fighters and Queens of the Stone Age. However, soft and gentle instrumentation is given as much time in the limelight as the dense distortion; and sometimes they are woven together to contrast and complement each other like in Mercurial (Feat AJ Perdomo) and Anything But Everything.

By Your Side is a heartfelt acoustic ballad where Hedrick reflects upon better times he has had with his lover in the past and sings of staying by her side even though things are falling apart. Winter Chill, on the other hand, is surprising in how boy-band-ish it is. It would sound more in place on a Backstreet Boys album rather than a rock record, I feel. Color Out’s highest point arrives with the closing track Pretense which features some splendid guitar work over an equally strong rhythm.

All in all, the Color Out EP stands as a strong debut effort, introducing us to Hedrick’s marvelous potential as a musician and also his capability in lyricism.

Track List:
1. Mercurial(Feat. AJ Perdomo)
2. Anything But Everything
3. Ghosts
4. By Your Side
5. Winter Chill
6. Pretense