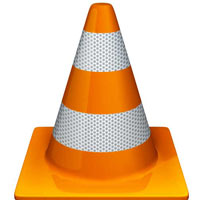 I’ve used VLC ever since I can remember and I’ve never came across an audio or video file it hasn’t been able to open and play (see the full list of supported files below). Aside from it’s amazing playback capabilities, VLC can also be used as an encoder and a server to stream many codecs, file formats, as well as DVDs, VCDs and various streaming protocols. VLC, written by the VideoLAN project, is open source software licensed under a GNU General Public License, which means it is entirely free to download, use and share – even for commercial purposes. VLC is also one of the most platform-independent multimedia players – it is available for Microsoft Windows, Mac OS X, Linux, BeOS, Syllable, BSD, MorphOS, Solaris and Sharp Zaurus – and it has been translated to many different languages.

VLC can read several formats, depending on the operating system VLC is running on:

VLC can transcode into several formats depending on the operating system.

Features (From Wikipedia):
* VLC is popular for its ability to play the video content of incomplete, unfinished, or damaged video downloads before the files have been fully downloaded. (For example, files still downloading via BitTorrent, eMule, or Gnutella). It also plays m2t MPEG Transport Streams (.TS) files while they are still being digitized from an HDV camera via a FireWire cable, making it possible to monitor the video as it is being played. This is because it is a packet-based player.
* The player also has the ability to use libcdio to access .iso files so that the user can play files on a disk image, even if the user’s operating system does not have the capability of working directly with .iso images.
* VLC supports all codecs and all file formats supported by FFmpeg. This means that DVD Video and MPEG-4 playback as well as support for Ogg and Matroska (MKV) file formats work “out of the box”. However, this feature is not unique to VLC, as any player using the FFmpeg libraries, including MPlayer and xine-lib-based players, can play those formats without need for external codecs. VLC also supports codecs that are not included in FFmpeg.
* VLC is one of the free software and open source DVD players that ignores DVD region coding, making it a region free player, even on locked RPC-2 firmware.
* VLC media player has some filters that can distort, rotate, split, deinterlace, mirror videos, create display walls, or add a logo overlay. It can also produce video output as ASCII art.
* VLC media player can play high definition recordings of D-VHS tapes duplicated to a computer using CapDVHS.exe. This offers another way to archive all D-VHS tapes with the DRM copy freely tag.
* Using a FireWire connection from cable boxes to computers, VLC can stream live, unencrypted content to a monitor or HDTV.
* VLC media player can display the playing video as the desktop wallpaper, like Windows DreamScene, but this feature is not currently available on Linux.
* VLC media player can do screencasts and record the desktop.
* On Microsoft Windows, VLC also supports the Direct Media Object (DMO) framework and can therefore make use of some third-party DLLs.
* VLC can be installed and run directly from a flash or other external drive.
* VLC can be extended through scripting. It uses the Lua scripting language.