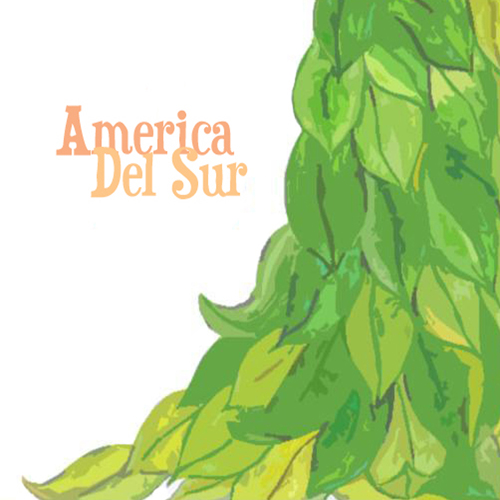 America Del Sur (or America of the South) was an indie band with Phil Cardona and Taylor Ross at the helm. Both are high school friends based in Jacksonville, Florida who distributed their music through the net label Rack and Ruin Records. Their style is an eclectic mix of jazz, post punk, indie rock, and teenage surfer twang which gives them a distinctive sound that is – however hard to categorize – quite pleasing to the ear. You’d have to listen to them to understand exactly what I mean.

It was Phlow Magazine which gave America Del Sur their needed boost. Bettina Rhymes reviewed their self-titled album. According to him:

Rock-orientated Netaudio has become rather usual these days, but this precious lo-fi gem is something special. Brian Wilson-style vocal melodies, jazzy chords on guitars that sound like metal-rimmed glasses and a lot of (North) American Indiepop a la Pavement is what these kids have to offer.

I couldn’t agree more. My personal favorite is a jazzy/ indie rock track, “Evil Pop”. It’s got a catchy opening that leads to mournful, gritty vocals. “I Don’t Know You and We’re Not Even Friends” is a jazz track with a laid-back tune and a swinging bass line. “80s Surf Rock Revival Revised” is an all-out tribute to the vintage surfer sound with a punk twist. There are three tracks simply titled “!”. These are all acoustic instrumentals with a South American flavor (in keeping with the band’s name of course).

All in all a nice album to have in hand. However if you want to look for more information about the band, I have to break it out to you: they are no more. According to Taylor:

I really wish I could continue under the America Del Sur name, seeing how I wrote and recorded the album all myself, but I feel it would be very disrespectful to Phil who founded the band with me (even though he can’t play his instrument)…It was fun while it lasted but we’re over with. So now I’m gonna go work on more solo stuff.

Nonetheless, a good album is a good album and downloads from Rack and Ruin Records are still going strong even after a year the band sadly broke up. RIP to America Del Sur – good job with the music though.