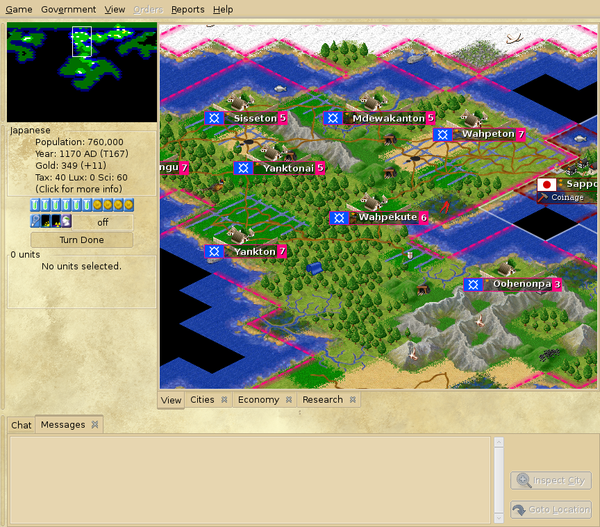 Are you the kind of person who wants to rule over the world and go through the history of how our civilization has come to life? Or maybe somebody who just wants to pass time and build these and those while at the same time having fun controlling his or her own empire? Look no further: FreeCiv might be the game that would make you sit in front of your desktop or laptop for hours and hours to come.

FreeCiv is an open-source strategy game which is a great alternative to the lovers of Sid Meier’s Civilization.

Now you have another reason to sit in front of your laptop or desktop to rule over your own empire and all over the world.

FreeCiv allows you to play throughout the development of human civilization from the stone age to the upcoming space age.  It’s a turn-based multiplayer game wherein you can play with up to 30 players. Each player has the goal to be the leader of the world, and the game itself is quite similar to Sid Meier’s Civilization I and II.

The game is supported by a group of individuals who’re passionate about developing open-source software. That’s why FreeCiv is available in a handful of languages.

FreeCiv has AI computer players to let you play alone in any given time at any given day, or you can hook up to the Internet or LAN and play away with your friends. It also has pre-loaded scenarios and maps that closely resemble real-life places and settings, and has about 50 playable units in over 100 nations.

What I like about this game is the fact that you can build your own empire and own your friend’s empire: think of it as a world-dominating tool right in front of your desktop or laptop.

FreeCiv runs on a number of platforms, so whether you’re using Mac, Windows, Linux, Solaris or anything else, you’re sure to get a piece of this quite addicting game.

That’s FreeCiv: ’cause civilization should be free!