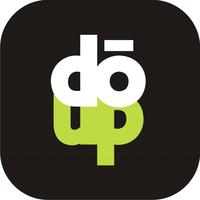 Acoustic Lounge (Live) by DO-UP – chill out, listen and relax

A fresh cocktail in hand, some soft waves and cool sand under your feet while you listen to a live jazz band might be the perfect, idyllic moment you will think about while listening to this album. Smooth voices, calm rhythms and the distinctive jazz melodies could really get you in that mood. So sit down and relax while listening to Acoustic Lounge Live by DO-UP. With only 4 tracks in their live album, it will give you 27 minutes of that perfect music right out of your speakers, earphones or headphones.

Acoustic Lounge Live has the hints of classical jazz, blended with more modern music. Although recorded live, you’d still get hooked with funky rhythms, a bit of scratches, cool be-bops and great vocals. Mix them up, and you get Acoustic Lounge.

Based in Russia, DO-UP is composed of six dedicated musicians. The band is voiced by Karina Karinian and Papa Lion. Alexander Bogolomov plays the keyboard, Evgeny Timshin on the bass, Ignat Kravtsov on the drum and Vadim Shukurov on the sampler and flute. They got together in 2006, and ever since have been performing in during multiple functions, shows and concerts.

In 2007 DO-UP celebrated its 1 year anniversary playing their solo, they also presented their radio program «DO-UP time» that has already become something of a cult. The joint performance with such legendary groups as “De Phazz” in 2008 and later with “Touch & Go” became the turning point in the biography of the group. These concerts had a tremendous success in front of thousands of listeners, which has proved the relevance of Do-UP’s work not only to smaller premises, but also to the large concert halls. In 2008 the musicians from DO-UP band opened musical festival «Stereoleto», where they played on one stage with “Red Snapper”.

A personal favorite would definitely be ‘Be Free.’ It somewhat reminds you of good, old jazz with a hint of blues. The lalala’s and oooo’s matched with that intoxicating keyboard and playful bass melodies would make you sing your own lalala’s and oooo’s, as well. And its chorus is easy to get stuck in your head; don’t say I didn’t warn you. So if you want to be free, go ahead and sing.

Grab their music, and feel some smoothness creeping up your body.

This work is licensed under a Creative Commons Attribution-Noncommercial-Share Alike 3.0 Unported License and it’s offered as a free download from Jamendo.com.