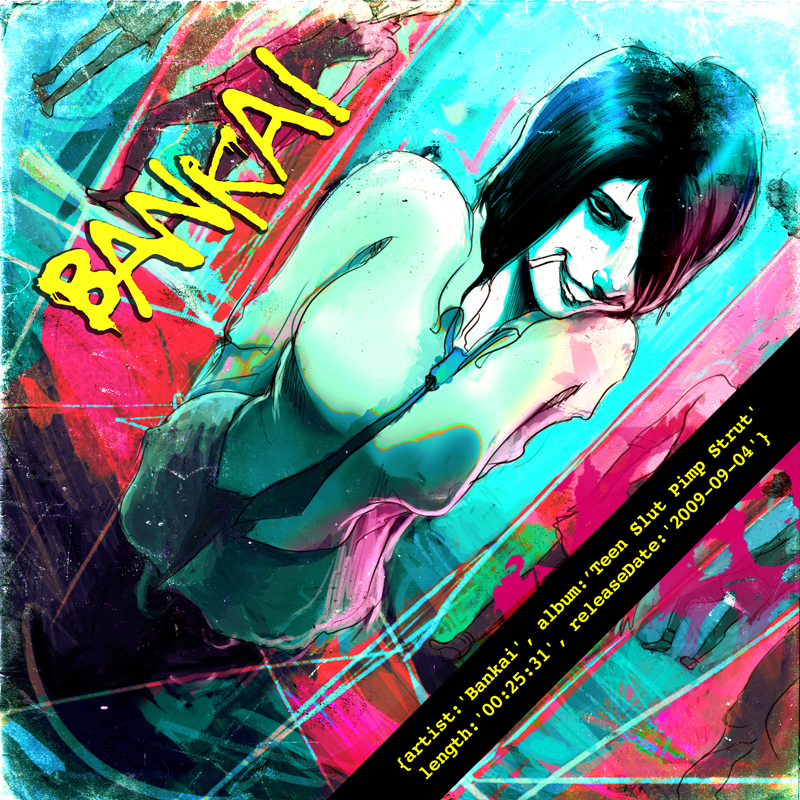 Bankai is a awesomely creative glitch/nerdcore electro producer from Melbourne, Australia. His first release, an EP titled “Quarter Circle Punch”, was very successful & popular among the music blogs, private torrent trackers and independent music sites. Just half a year later, Bankai is out with his second energy-loaded album “Teen Slut Pimp Strut”. Also just a half a year after releasing his first recording, Bankai is hitting the road soon.

His fans are organizing and funding a ‘crowd sourced’ tour in Canada slated for February 2010 – an excellent idea, may I add!

One of the things I completely and absolutely love about Bankai is the fact that he is entirely open sourced – meaning – he releases all his music (stems, mp3s & wavs) and his artwork under Creative Commons letting people enjoy and build up on his work. Just the fact that he lets people legally take a stab at his music created a load of excellent remixed – all of course available for download on his website.

Here’s an excerpt from our interview we did with Will a while ago:

If you are a fan of noise loaded electronic music – make sure to download this one and if you love it, support your artists – get some awesomely designed gear.

This work is licensed under a Creative Commons Attribution-Noncommercial-Share Alike 3.0 Unported License and is available as a free album download (.torrent or .zip) from Bankai’s website.