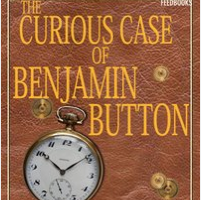 Since its first publishing on May 27, 1922, this literary piece have been repeatedly anthologized in the author’s book entitled Tales of the Jazz Age. Because of its popularity, it had been adopted into film by director David Fincher in 2008. The film stars Brad Pitt and Cate Blanchett.

Highly regarded as one of the greatest American writers of the 20th Century, Fitzgerald wrote widely-known novels such as The Great Gatsby, The Beautiful and Damned, Tender is the Night and a lot of short stories playing on the themes of youth, despair and age.

This particular short story tells about the life of Benjamin Button, a man born with the physical appearance of a 70-year old. At the age of 12, he discovers that he is aging backwards. This leads to bizarre consequences when it comes to fitting in to society, coping up with relationships and family affairs.

I love how the piece quickly grows and matures into a one-of-a-kind meditation of mortality, youth and death. Fitzgerald ends the story with such finesse, fleeting away like time itself fades into thin air.

Simply put, The Curious Case of Benjamin Button is brilliantly unique. It’s a canonical piece that places itself at the top of anyone’s reading list.