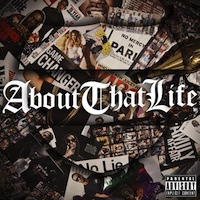 The Specktators: About That Life

After their hit albums Familiar With Floss and The Sunroom, The Specktators graces the FrostClick scene with another sumptuous collection in About That Life.

Formed in 2009, The Specktators is a two-man hip hop crew consisting of brothers Matt Duda (Moe-T) and Patrick Duda (Packi). Their music can be described as a blend of hip hop and electronic music with hints of other genres such as r&b, pop, and dance.

About That Life, released last October 2012, is a tightly-packed collection boasting with 13 songs oozing with great taste and a high level of musicality. After a compelling intro, Off the Leash sets the stage for some clean rapping set in an orgasmic background of steady beats and layered vocals.

Slow and sensual, Fever strengthens The Specktators‘ lyricism with an expansive vocabulary and poetic style. These integral elements combined with some smoking hot arrangement makes this a must-hear.

Nothing Like You feat. Miramage incorporates a healthy dose of electronic music and r&b vocals. The spacey atmosphere and smooth sailing lines will surely channel some chill vibes. While Breaking Point makes use of quirky piano tunes, creating a bubbly piece that’s really catchy to the ears.

All in all, The Specktators have concocted another strong release that will make a stronger core following.