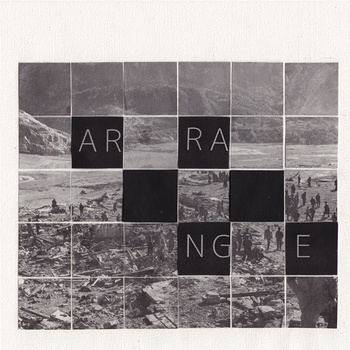 Plantation embraces our sentimental tears and wounds, growing it into a teeming garden of emotional indulgence.

This self-released solo project by Arrange, better known as Malcom Lacey, screams post-modernism all throughout due to the different approach on its structure– the album in itself is a sole piece slowly progressing with each track. Now, how clever can that get?

Lacey’s music can be described as dark, psychedelic or ambient pop. The tracks here are colored with the right mood to evoke deep emotions. The lyrics are also impeccably written, they are brief and rich such as “We were young/Kept running our mouths till he tore out our tongues/Didn’t hurt like anything/Still can’t feel much of anything” on the track Tearing Up Old Asphalt.

The experimentation on this collection stretches out from instruments to unexpected randomness. When’d You Find Me? surprises the listeners on its clever ending with a sound that resembles to that of an elephant or a wild animal.

There’s an evident use of piano keys in the songs Turnpike, Golden Neighbors and Medicine Man. I personally like the classy vibe added by the piano, it makes everything sound more nostalgic.

Orange Glow (Thank You for the Night) seals up the album with a perfect ending statement. The mixture of jazzy horns and subtle piano keys paint a silent landscape of the city at night, slowly whispering goodnight.

Malcom Lacey has put together a cohesive collection that bursts out extreme talent, delicateness and mood. Plantation is a flawless atmospheric album that evolves beautifully in your ears.