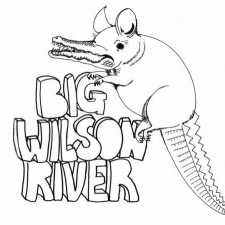 Get ready for some mind games in Waltz For One. This a short film released last June 19 to commemorate the 49th anniversary of the longest solo space flight in history by Valey Bykovsky with a total flight time of four days and 23 hours.

The short is directed by John Merizalde and cinematography by David Torcivia. It’s produced by Takashi Doscher with a budget of only $700.

Set during the space race of the 1960s, the film follows the journey of Arthur Whitman, an eccentric rich man who sets out to a self-financed voyage with a goal of breaking the longest single-manned space to orbit for one week.

Throughout his travel, the film gives us a peek at the enduring experiences of the lonesome astronaut and how he is forced to cope up with even the smallest distraction just to beat a record and reach his goal.

One feature that makes this film so wonderful is how it paints irony into a wider image. Here we see a very privileged man on outer space worrying about the simplest of things like a dysfunctional beep.

Mark Asworth as the astronaut has done a really splendid job. The weight of the movie is in his shoulders but he has clearly portrayed the pain and stress that the astronaut is feeling during that time. One of my well-loved scene is how in the process of coping up with the distressing beep, he accompanied it to a soothing melody.

Overall, Waltz for One moves like a heavenly body slowly building into an intense and emotional film. Superb acting acting and stunning visuals, this film has both in spades.