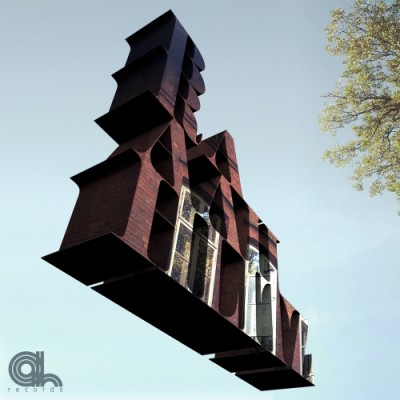 For the last two years, the Aaahh Record’s crew gathered up several musicians and holed up in a small village called Bralitz (somewhere near Berlin.) With nothing but music, plenty of time and some fresh air, they’ve been creating wonderful music and have been churning them out in little compilations like this one.

This Braaahhlitz Compilation is the result of last year’s mini gathering. It’s comprised of 8 tracks filled with guitars, flutes, a whole lot of handclaps and just simple music that makes your hearts flutter or gather up that book and curl up in the corner.

With guitars and some neat whistling, Angela opens up the record. Armed with trumpets and sweet singing, the song has a nice “loungey,” laid-back folk feel to it. It makes you wonder who Angela is by the end of it all. Following closely is Easy to Say. There’s the same jaunty tune and beautiful guitar playing. Flutes decorate the background and complement the somber, low-key vocals.

Balkan Chameleon, on the other hand, is  a gypsy folk number the guys probably recorded while gathered around the night campfire. Meanwhile, Mono and Horsemen, drag down the tempo and create an atmosphere of mystery, tension, misery and reflection. Both tracks are quite rich lyrically and musically. They’re the kind you can leave on as background music while you drift off into your dreamland.

If you love these tracks, you’ll have something to look forward to this year as the guys prepare for Braaahhlitz 2013 this August. They’re also giving people a chance to drop by. You can check out more at their site. For the meantime, don’t miss out on this one. You’ll find a track to love on here, that’s for sure.Related Links:
Aaahh Records Official Website
Aaaahh Records on Facebook
Aaahh Records on Twitter