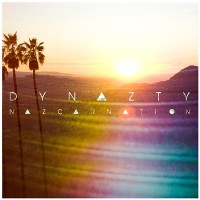 NazcarNation isn’t really a band about racing or anything like that, instead they’re an electronic indie pop chillwave trio that creates pulsating and catchy tracks.

Founded in 2008 by Chris Wargo and Craig Robert Smith, the band first started out back in LA. Drummer/multi-instrumentalist, Mark Balane, soon joined in and they ended up recording most of the tracks on the EP.

Skillfully fusing hip hop, ambient, and electronica; theirs songs have a midtempo chill out beat that’s easy on the ears.

Fusing elements of ambient, pop and dubstep, the album is a hot mix of genres that create one giant pool of interesting sounds.

The 5-track EP opens with an almost two-minute intro called, The Swell. With lush synths, a host of basal beats and a catchy overall rhythm; it sets the mood just right for the rest of the compilation. More than anything, it gives the listeners a heads up on what to expect.

Destiny Intro, on the other hand, spins with a poppier beat, including melodic vocals worked in with dance beats and synths. This whole genre-bending is prevalent in the record. Meanwhile, Trust Fall, adds a nice dance beat to a track that best belongs in a Caribbean beach cruise. It’s a cut  fit for endless summer nights spent partying like no tomorrow.

If you love electro dance pop, NazcarNation’s got you covered with this EP. It has catchy beats and a nice blend of sounds worth enjoying. It won’t break any records but you’ll find some good times associated with this one. Give it a listen and grab the download.