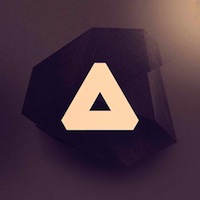 The set list starts off with Daybreak, which prepares the ears with gentle twists of lively musical lasers. This track uses pulsated chords and classical synths that are balanced with well-arranged echoes and background melodies. The unique style of OVERWERK is further shown with enriched staccato synths and arpeggiated melodies that give a lot of depth to the track.

The boldness and creativeness of OVERWERK is demonstrated in Night Shift, where he tried to experiment with different sounds by toying with trap beats and pitchy vocals. It presents club-like beats while effortlessly shifting into glossy beats.

Both Last Call and Signal bring flames to the dance floor. These two tracks will keep your feet dancing and your heart pulsating with full load of adrenaline.

There is a sense of friskiness behind After Hours, as each track lures you with the enigmatic and shady intros only to bring in hammering synths and seamlessly executed beats. All in all, it is the pulsing beats and rhythms that put funk to OVERWERK‘s EP.