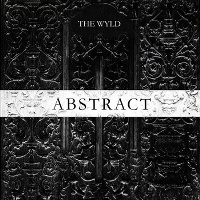 The Wyld creates a new wave of sound by fusing opposing genres of hip-hop, ambient, and rock. This produces a body-shifting, almost spiritual music experience. With six tracks ready for download, this sampler is a great treat for those seeking a new kind of high.

Hailing from New Zealand, The Wyld (formerly “The Wild”) is an indie rock band that has been creating a lot of buzz on the indiescape since 2010. The band consists of mainstays Mo Kheir, Brandon Black, and Joe Pascoe. The band’s success started in their first single Revolution, which gained a lot of attention including praises from MTV Iggy and was used in the TV show 90210.

Odyssey kicks off the album with rapid tribal drums, as if the band is trying to prepare the audience of what their tune is all about. The drum beats fluidly transposes to echoing rap vocals. The track does not shroud the ears. Instead, it gives the listener an ethereal experience while listening to hip-hop—talk about contrasting genres syncing well together.

Always On The Run embraces hip-hop roots combining it with indulging samples of alternative rock akin to something you’d hear in an Imagine Dragons track. Besides it’s polished arrangement, Always On The Run also has a certain sound that blooms and reverberates in your head.

Sharp verses and solid delivery embodies Wake Up. The edginess of the rap delivery is mellowed down with atmospheric tunes and piano keys at the background. While Walk Away is that kind of song that successfully balances style and content.

A new edit of The Wyld’s milestone track Revolution ends this collection. This old favorite is revamped with new sonic flavors proving that a work of art can always be tweaked and improved to create a different kind of experience.

The Wyld is not afraid to reveal its own skin producing another legendary album that brims with originality and callous honesty.