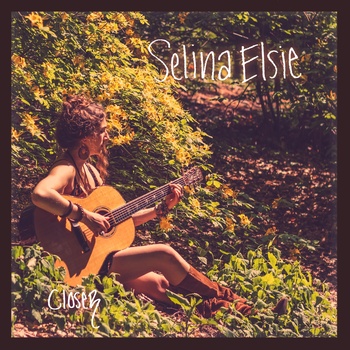 Blessed with a genuine talent, Selina Elsie makes music to spread positivity. Listening to her songs is liberating, for her exceptional voice will transport you to a place full of untouched beauty, cathartic freedom, and incomparable bliss.

Being an ambassador of hope and natural beauty, she looks forward to working with producers who have the same belief as she does. Her new musical offering, Closer, was freshly released on June 2013 featuring five self-penned and arranged pieces.

Somebody Tell Me is a short yet beguiling song. A powerful message relayed through a fascinating song, depicts her brilliance and devotion toward music.

This track is coupled with violins, played by Tim Reynolds, which blends perfectly to Selina Elsie’s soothing and compelling voice.

Experimenting on stranger territories, These are My Words sheds a reggae tune that would fly you off to the Caribbean Islands, lying on the beach while watching the big waves.

All in all, Selina Elsie is an artist that creates songs full of fidelity and vision. The pieces on Closer showcases her versatility and open-mindedness as an artist that’s not afraid to go outside the box.