THE DEADSTATION: Episode 01 – Like Peering Into The Deepest Ocean Abyss 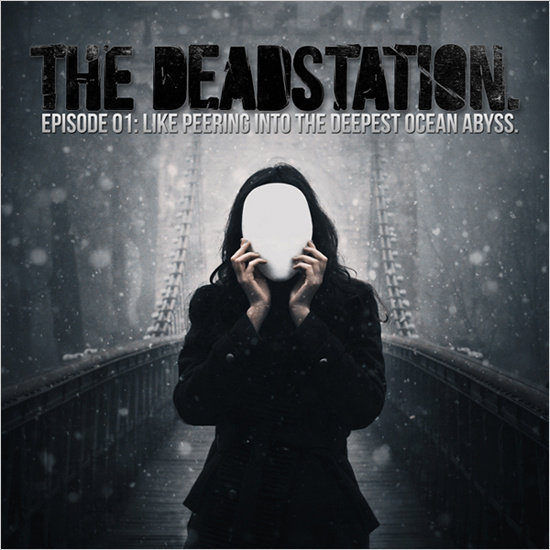 Sometimes when the indie mood steps away, and we have enough of all the endlessly repeating ‘top hits’ on our local radio stations, discovering another cool band might just bring us back to life. And so today we bring you THE DEADSTATION, a “dystopian progressive metal” band from Boston, MA ready to get inside of your head. From the hard hit riffs, powerful drums, to finely-tuned mixture of heart-stopping vocals – in two words – have fun.

Founded in 2011, the band including Shjon Thomas (Guitar, Bass, Vocals), Ryan Mattheu (Guitar), Greg Murphy (Lead Vocals, Drums), “present their work to listeners as “episodes” from a fictional dystopian TV channel called “The Deadstation”, with each song title representing a different scene from that episode.”

“In February 2012, they released their first single ‘Limitless, Or So It Seems’, which was mixed and mastered by Peter Rutcho of Damage Productions, who is best known for producing three albums for Revocation (Relapse Records). In May 2012, they released an EP called ‘Episode 01: Like Peering Into The Deepest Ocean Abyss’, which was mastered by Jens Bogren (Symphony X, Devin Townsend, James Labrie, Opeth), and mixed by Peter Rutcho.”

“Reactions to ‘Episode 01’ have been positive across the board, which includes being called “one of the best this year” by Heavy Blog is Heavy, and “fucking killer” by Gun Shy Assassin. Metal Injection has also called the band “masters of progressive metal.” As of October 2013, the EP has been downloaded over 3,500 times by a rapidly growing fan base around the globe.”

THE DEADSTATION, according to their website, is currently working on their next release ‘Episode 02’, so make sure to stay in the loop.