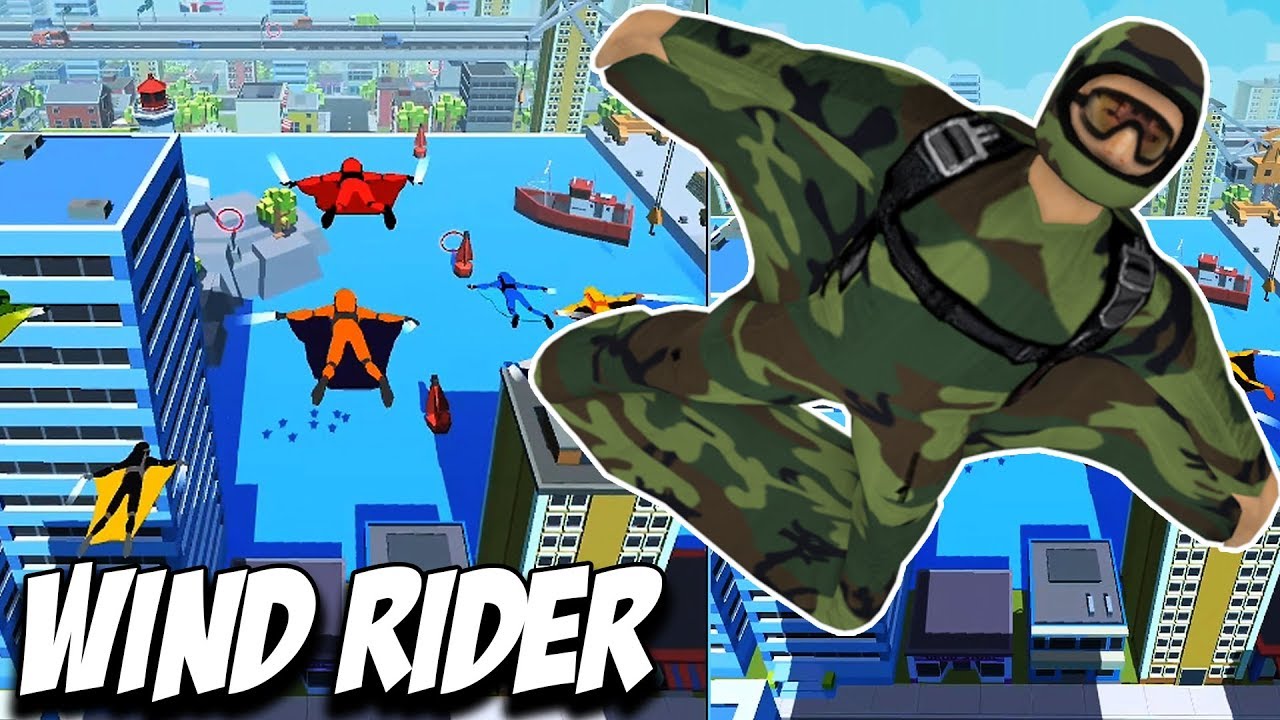 If you have been playing mobile games for a while, the name Voodoo should be familiar as the company has made a name for itself as one of the most productive developers of casual games. Their titles vary in style but what all share is simplicity so anyone can pick it up. Wind Rider follows in this tradition.

The trademarks of a good casual game are simple controls and a gameplay that anyone can pick up. That is what you get here. You control the Wind Rider and you have to make sure the character gets to the finish line ahead of the rest. You not only have to be first but you must avoid hitting objects along the way.

To control Wind Rider you just touch the screen in the direction you want to go. The game is rather sensitive to taps so it might take a while to get into a rhythm. Look out for red rings as they provide a temporary speed increase if you go through them. Make it to first place and you win money that can be used to upgrade and give you a speed boost. Even if you don’t make it to the first place you’ll still earn money though it won’t be as much.

One of the challenges of the game is the bonuses tend to adjacent to buildings, so you have to be careful. While it is challenging, this doesn’t take anything away from the game. The key here is to go for the rings and make the most of the sped boost, and just keep playing. And since Wind Rider is an enjoyable game that won’t be an issue.