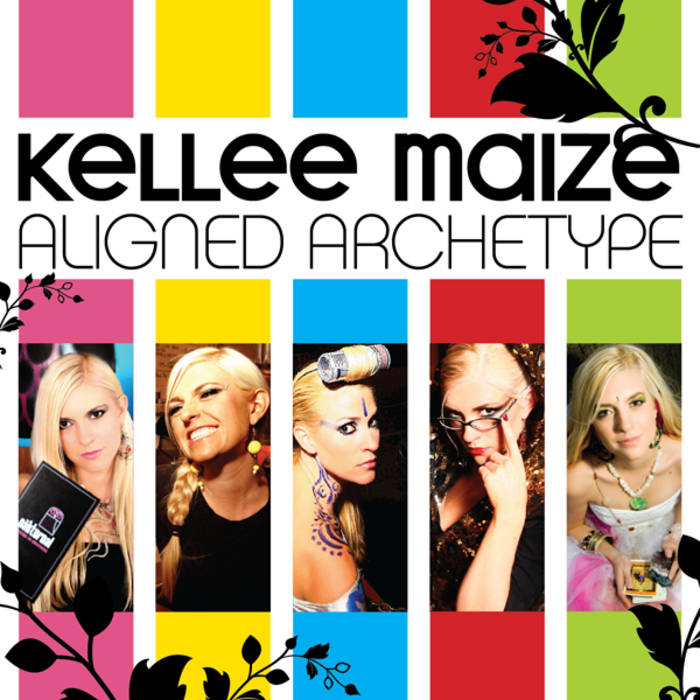 Looking at the hot blonde on the album cover you would never suspect hearing a strong woman rapping meaningful lyrics over Baltimore club style beats. Kellee Maize is a female rapper whose original hip hop style has already helped her capture the hearts and ears of most Pittsburgh hip hop fans.

Now with her second album “Aligned Archetype” and a bit of help from FrostWire, Kellee is set to conquer the ears of music lovers around world. She has generously decided to distribute the album free under a CC license so her music can get to as many people as possible.

UPDATE: Kellee has already reached over 130,000 downloads via FrostWire and is now officially our most downloaded artist – Congrats!!!

UPDATE2: Kellee has a new single out on her website – free to download, but you gotta give her your email 😛

Kellee has always been an energetic and musical being. She formed her first hip hop band at age 9 and expelled the remaining energy training gymnastics. Moving to Pittsburgh and attending university opened her eyes and mind to all the negative aspects of our society and hip hop solidified as “her passion and outlet for activism”. After working her way up at a local newspaper to a Events and Promotions Director (while still actively performing on stage), Kellee opened her own all female owned and operated marketing and events organization firm, Naktrunal.

Now, a successful business owner & local activist, Kellee Maize has been dubbed the “Pittsburgh’s Finest” by the Rolling Stone Magazine’s Davey D. and ranked as one of the top three rappers in the city (two years in a row), along the likes of nationally known Wiz Khalifa.

Kellee Maize’s first album, Age of Feminine, has been a local success of it’s own. The CD sold over 10,000 copies, received 2 million plays on MySpace and has been downloaded over 100,000 times from her website KelleeMaize.com

“Aligned Archetype” has witnessed Kellee transform from a feminine activist to a feminine spiritualist” and the mixture of socially conscious lyrics over Scottie B and King Tutt bmore beats is explosive. The album is officially out today and if you live close to Pittsburgh you can still get tickets to today’s release party at FATE Lounge.

If you’re wondering what to expect from Aligned Archetype… imagine all the best aspects of Lady Gaga, layered on top of all the best aspects of Missy Elliot in her prime, and you’ll be roughly in the right ballpark. There’s no denial of a distinct East Coast sound here; Kellee is very obviously proud of her Pittsburgh roots, and her beats have a heavy Baltimore flavor.

But don’t get the wrong idea – this album is not just a collage of the derivative. In fact, it’s bursting at the seams with originality. Aside from her mind-blowing rapping, Kellee has a singing voice to rival even the most talented pop stars, and she shows it off in just the right amounts. Her vocals are tight, dirty, and incredibly compelling. It’s very difficult to put her music on and not pay attention, because attention is exactly what it commands.

Where Aligned Archetype differs from most major label hip-hop albums is in the freshness of the production. So much of mainstream rap, especially among female artists, suffers from over-glossing and too-perfect studio techniques. While there is still a distinctly professional sound to Kellee’s recordings, the real “Kellee from the block” in her also comes through very clearly. She’s the kind of artist who can bond with her audience in an intensely raw and honest way, and this collection of songs is a great indicator of just how she intends to do that on a global level.

In short, these are tunes with hooks and beats you will not be able to get out of your mind, and if you get on the bandwagon now, in a year or two you may very well be able to say you were a fan before she transformed modern hip-hop.