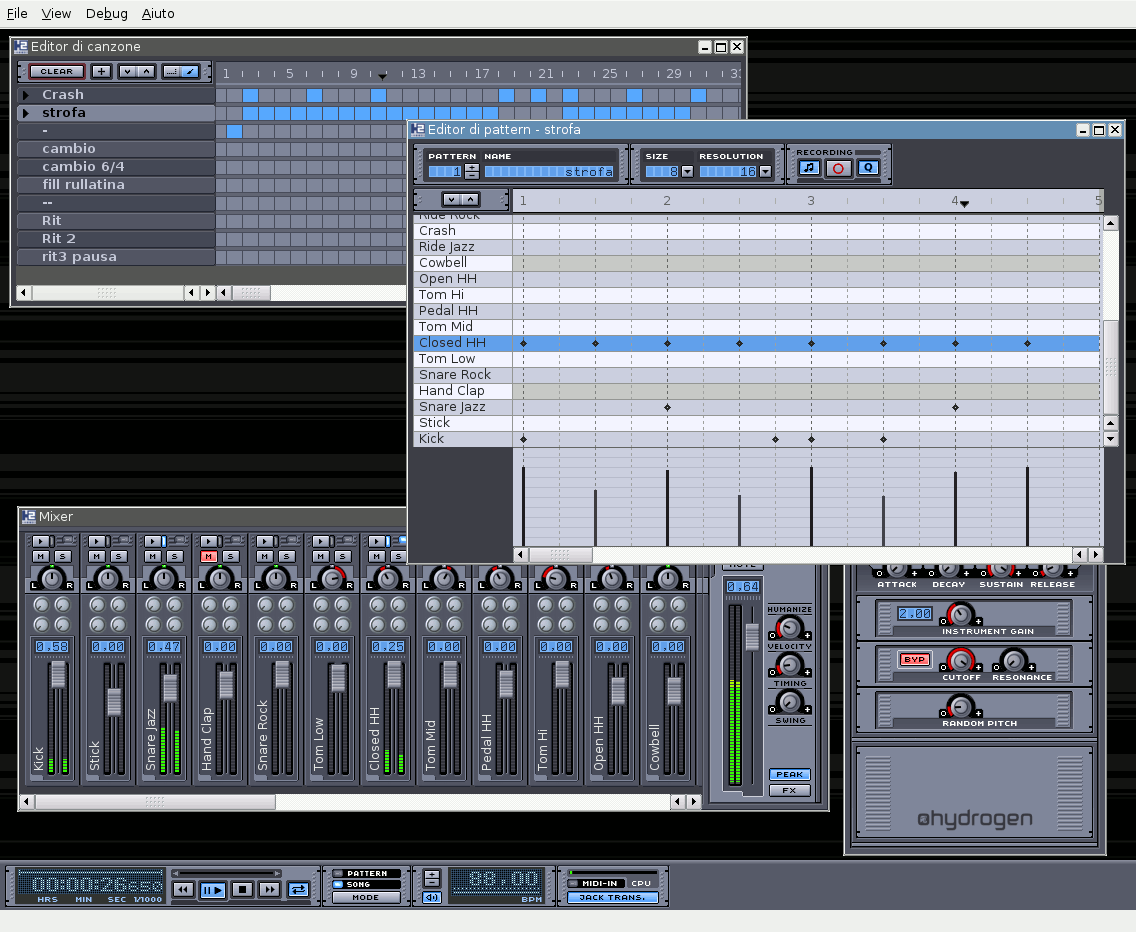 Hydrogen is a free drum machine for Linux/GNU. Its features allow you to make your drum beats professionally, but without having to pay for them. The easy-to-use graphical user interface allows users to intuitively make their beats.

Hydrogen has a built-in sequencer and mixer, allowing you to layer up to sixteen samples for each instrument. And with a wide array of supported files, you can easily be your own DJ with Hydrogen.

Hydrogen makes use of samples to make full drum beats. Users may import .wav, .au and .aiff file formats for use with the software. It also supports lossless FLAC files for the best possible audio quality.

It features a pattern-based sequencer which lets users chain patterns to make them into a song. It also supports an unlimited quantity of patterns, and up to 64 ticks for each pattern for the ultimate modification and individuality of each one.

There are 32 instrument tracks, each with settings for volume and panning capabilities, as well as switches for solo and mute. And because you can play multiple patterns at once, it is quite easy for musical lovers and makers to preview their mixes.

Hydrogen allows export to wave or midi files when you finish the song. You can make use of the software as an additional to your live instruments, or to make midi versions of your own compositions.

Aside from the software, you may also download its avaialble sound libray for free drum kits. Hydrogen is available for GNU/Linux systems, but can also be built for Windows and Mac through QT4, Python and the MinGW Compiler.