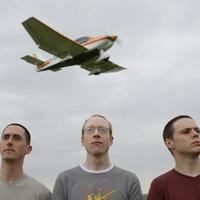 Thanks to a knack for incorporating a fun, energy-filled vibe to their songs, Paper Plane Pilots don’t have much of a problem making their listeners enjoy their music.

This Paris-based group bring together an upbeat indie punk alternative vibe to their songs; infuse it with catchy rhythms and really fun lyrics to win their audiences. Demo 2009 is obviously a few years old but it still deserves good exposure.

Influenced mainly by the American alternative band scene, the guys take after their heroes to create an 8-track demo filled with punchy cuts worth bouncing around to.

Paper Plane Pilots initially started as a duo with John and Max playing music together back in 2001. Somewhere along the way, they bumped into Yves and became a trio. They’ve since played at various places around Paris; plugging their album and their brand of pop rock.

Demo 2009 opens with the upbeat , Something New (In My Life.) With a catchy rhythm, great instrument work and enjoyable lyrics, the song is easy to fall in love with. It has a nice laid-back atmosphere that’s perfect if you just want to hang out with friends or simply need something to perk you up through the day.

Other tracks that I liked in the record include, If I Try and Places. Most of the other tracks were taken from a live performance so you’ll hear the guys talking once in awhile. Only the first three are solid studio recordings.

I can’t say that I’m completely in love with the record, but there’s a certain charm coming off from these French trio. Their songs have energy and are quite fun to listen to. The album is available as a free download under creative commons.