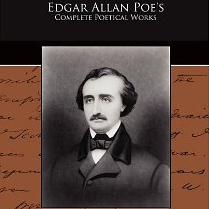 Haven’t decided what to read today? Why not check out one of the most critically acclaimed writers, Edgar Allan Poe.

Born January 19, 1809, Poe has played a considerable part in the American Romantic Movement. An author, poet, editor and literary critic, he was best known for his stories of macabre and mystery.

Edgar Allan Poe’s Complete Poetical Works was made possible with the help of John H. Ingram when he decided to present to society, for the first time, all the printed and unprinted poems of the brilliant author. This produced a showcase of Poe’s poetical prowess, proving his stand in the world of literature.

Grouped into five chapters of Poe’s life, the book is composed of sixty well-honed poems and three additional essays.

The book opens up with Poems of Later Life, a part where you’ll find Poe’s most beloved works such as The Raven, Annabel Lee and The City in the Sea.

It’s then followed by Poems of Manhood featuring Lenore where the writer continues with his theme of dying women. But unlike most of his poems, Poe implies the possibility of meeting in paradise.

I personally liked the chapter made specifically for prose poems where he proves that he is more than just a dark and mysterious writer but he is indeed a true visionary.

Though he had a difficult life and career, Poe had proven his skill throughout history. So sit back, grab a cup of coffee and enjoy these magnificent obras.