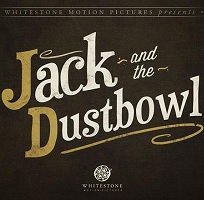 Jack and the Dustbowl

Tired of the same old shows? Jack and the Dustbowl will not disappoint those who are looking for a good movie fix.

Written and directed by Brandon McCormick, it tells the story of Jack Spriggs, a poor farmer from Alabama who intends to keep his family’s land. Even during the time of the great depression and record heat waves, Jack refuses to leave and instead tries to dig for hope.

Though it covers some familiar territory, the film makers handled it with a lighter sensibility instead of a heavy sermonizing approach. It’s fresh and inspiring, the kind that you’d want to share with your friends.

The acting was also phenomenal. It was brilliantly performed with just the right dose of humor, heart and gravity.

Being the brainchild of Whitestone Motion Pictures artisans, you can always expect top-notch production. It has a sunny mid western vibe that was perfectly executed throughout. The film also showcases stunning cinematography that can be at par with its mainstream counterparts.

All in all, Jack and the Dustbowl is a refreshing take on period films that we seldom get these days. It’s an enlightening piece that tells us to not give up despite the adversities. The creators did an amazing job on the narrative and visuals. I will not be surprised to see it scoring awards in the near future. Well done!