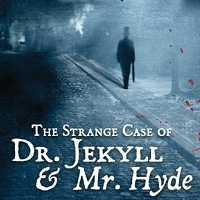 Devour on the best Victorian horror story with The Strange Case of Dr. Jekyll and Mr. Hyde, a book originally written by Robert Louis Stevenson as a chilling shocker that was soon burned and rewritten as the complex tale it is today.

The story revolves around a mid-mannered Dr. Jekyll who curiously passes all his riches to a certain Mr. Hyde, an unpleasant character that reeks of darkness and evil. As bizarre incidents unfold in the doctor’s life, Hyde’s true identity is revealed.

The novel is just a short read; you will not even notice the time passing due to Stevenson’s witty and clever use of language. Though it would only take you a day to finish it cover to cover, the author have brilliantly painted faces on characters, giving them a complex background, an economical status and most of all, feelings.

Considered as one of the great works in English Literature, the book is one of the greatest arguments for the duality of man. It also weaves the concept of good and evil during the Victorian Era. It showcases the failure of human beings to accept their dark or evil side that may result into a projection greater than they can imagine.

All in all, The Strange Tale of Dr. Jekyll and Mr. Hyde is a clever book that should be on any booklover’s reading list. It’s one of those legendary tales that sets the standards of horror literature today.