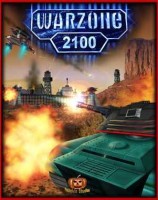 Pull up your socks gamer, for it is time to hit the battlefield with all power. Warzone 2100 is the game to be played, if the hunger for war rages inside out with every passing moment.

Developed by Pumpkin Studios and published byEidos, this game is worth the time invested in total gameplay. It was originally released as a commercial offering for Windows PC and Playstation in 1999, but on December 6, 2004, the source code and most of the data was published under the GNU (General Public License). This made all gamers around the globe very, very happy.

The game puts players in the midst of the 21st Century, when almost the entire civilization has been wiped out due to nuclear strikes. Most of the survivors encountered are organized in groups in order to fight-for-survival with all their might; among them one group called themselves “The Project”. The Project is formed by people who have undertaken the job of rebuilding their civilization using pre-war technology.

Coming to the most important aspect and that being Gameplay, Warzone 2100 is very fluid and has a very nice touch to it on the whole (using the iViS 3D graphics engine developed by Sam Kerbeck of Eidos Interactive Ltd. ).The game world is mapped by a grid, vehicles tilt to meet hilly terrain, gun projectiles can be realistically blocked by steep mountains. The camera is free-moving and can zoom in and out, rotate, and pan up or down while navigating the battlefield, making the whole gameplay feel great and easy to navigate.

The game is one of the best open-source games available in the gaming scene now. Coming from a developer like Eidos, Warzone 2100 certainly lives up their gaming poweress and action hungry gamers will really not find reasons to complain. Making it a GNU release, the game is now playable on Windows PC, Mac and Linux.