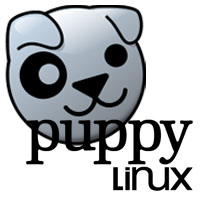 Built by the Puppy Linux developer community and incorporating packages and features not found in the standard Puppy Linux:

“Puppy Linux 2.15CE (Community Edition) is the result of collaboration between a team of Puppy Linux enthusiasts. It is built upon version 2.14, but includes many enhancements. In particular, the guys have worked on an improved user interface and a nice out-of-the-box first impression. They have also developed some SFS files that add OpenOffice.org, web and graphics applications; SFS files are ‘combo packs’ of applications that can be installed and uninstalled with a few clicks.”