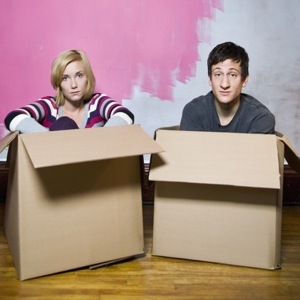 Written and directed by Dean Peterson, this full-feature movie was premiered at the Radience Film Festival in London. And after finishing its round on the festival circuit, this 86-minuter film is now available for the World Wide Web.

The movie follows the life of young lovers, Anne and Amir, who decided to live together in a shabby 300-square foot apartment. Amir is an escalator attendant and an aspiring sculptor while Anne is a law student from a well-to-do-family.

Despite their differences, the couple hopes to build a life together. But things don’t go exactly as planned as their threatening charming neighborhood, unexpected visitors, and ambitions make them realize that maybe they aren’t as perfect for each other.

One thing that makes this film stand out is its stripped down look. The story is also funny and poignant, it’s a touchstone for anyone who recently got out of college and stuck with ideals.

The comedic nature of the movie blended with the energy of its youthful cast ensures the film’s continued appeal. I love how Anne’s (Susan Burke) mature and uptight nature greatly contrasts with Amir’s (Stephen Gurewitz) happy-go-lucky attitude. They are both naturally charming, the kind of people that you’d want to hang out with and have a great time.