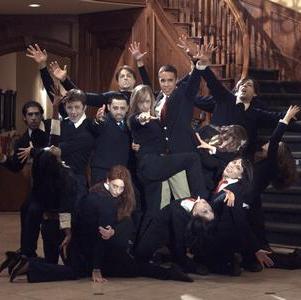 Blow your minds with Barackula directed by Mike Lawson and written by Justin Sherman.

As said on its website, this short political horror rock musical is about a young Barack Obama who has to stave off a secret society of vampires at Harvard when he was inducted into presidency at the Harvard Law Review in 1990. Obama finds that he must convince the vampire society that opposing political philosophies can coexist or else the society may transform Obama to the dark side.

Creating and appreciating a musical takes a lot of effort, even more if its a comical allegory to politics and the vampire fan-fiction culture. In Barackula, the music and chereography gives weight to the story as it showcase a string of hummable songs which gives momentum, and holds together a clear narrative for the film.

Justin Sherman gave justice to the character of Barack Obama as he played the part flawlessly and sang well throughout. The concepts of politics, presidency, and vampires illustrated complex political ideas into a digestible, concrete way.

All in all, Barackula offers a heavy slice of politics smothered with sweet musical melodies you’ll truly enjoy.