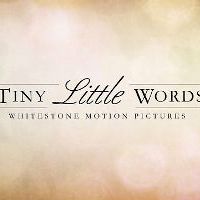 There is nothing more satisfying than to take a break, breathe, and indulge to one wholly accessible film. From the brilliant makers of Jack and the Dustbowl (Whitestone Motion Pictures) comes another absorbing film that will surely demand second or even third viewings.

Tiny Little Words is a 15-minuter short that begs the question, “No matter how painful, can any story played out long enough become a story of redemption?” Based on real events, the film unravels the story of two different people meeting together in the wake of personal tradegies, connected by an unexpected twist of fate.

There are two key players in order for this short to be effective—silence and script. I adore how the filmmakers effectively used silence to convey the intensity of emotions demanded by the script. The story has a precise, slow pace, that allows us to squeeze in between the conversation of these two odd characters, constantly teasing us to figure out what their stories are and how they are connected.

The single, no camera trickery shot was undeniably amazing as its simplicity and cleanliness drives the viewer to focus deeply on the narrative.

All in all, Tiny Little Words is a deeply contemplative two-person study that offers a compelling movie experience.