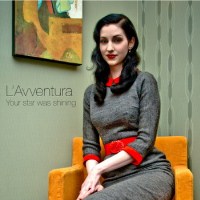 L’Avventura: Your Star Was Shining

This 7-piece crew create a unique pop rock, alternative indie sound with emphasis on good songwriting and classic structures. Drawing influences from a diverse group of musicians like T-Rex, Bob Dylan, and even Belle and Sebastian; the band’s sound takes the shape of different genres. Despite this diversity, their sound is still worth grabbing and listening to. L’Avventura first got together when Jeff and Fergus got to know each other after busking in a London underground. Their friendship strengthened and they decided to reach for new heights and transplant themselves to San Francisco. They collaborated, collected and recorded more than 150 songs in a span of a year and soon the band expanded, turning into a 7-piece crew.

You Star Was Shining is the result of this endeavor. It comes with 10 tracks that hold and emphasize quality music rather than just a slapdash piece of work that some bands of today seem to have a knack for. Opening with, Swandive; the song has a sleezy pop sound to it that makes me think of dirty old men hitting on women twice their age in some seedy club. It also makes me think of INXS for some reason. This might seem negative but the song actually grows on you after awhile. In fact, it’s not surprising if this is the one cut that stays stuck in your head after just one or two listens.

On the other hand, you get cuts that are more mellow. Giving the opportunity to see the guys strip down into a more acoustic/live feel like in Rocket Sue and Queen of the Forest. The band seems quite comfortable in this stripped down mood, as they church out good, easy-listening tracks that dominate the record.

Lyrics wise, the band sprinkles some of the tracks in various pop-culture references. Their emphasis on songwriting add to the depth of the tracks and gives listeners an extra something to love.

Overall, Your Star Was Shining is worth checking out. Sure, there are a couple of misses here and there but it’s expected from a first album. You can grab the download over at BandCamp. Also check out their latest single, She’s Not There, if you liked this one.