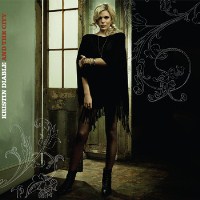 From the strong vocals that welcome you in God’s Chambers, you’ll instantly realize that Kristin Diable has definitely got something up their sleeves.

Originally from Baton Rouge, Louisiana, the strong voiced singer left her hometown to try out her luck in the big city. She moved to New York City for a good long while before deciding to make New Orleans her new home in 2009.

Kristin Diable & The City is her latest album. It features 12 tracks recorded live in her apartment to help capture the beauty of the moment and add great sincerity to the sound.

This isn’t the first major release for the singer, in fact, her history goes back much longer as she self-released her debut album, Shelter at only 21. These were then followed by a few other albums as well as several singles.

When asked about this latest record, the artist shares that “this album was recorded in our loft apartment in the historic Upper Pontalba building, overlooking Saint Louis Cathedral and the mighty Mississippi River in the heart of New Orleans’ French Quarter. From our vantage point atop this ever-enigmatic corner of the world, we make this note on life and times: the City. The core of these songs was tracked live in an attempt to capture the integrity of spirit that arises when music is played in a room where the focal point is the joy of the moment, nothing less or more. Music, at its very best, is truth.”

Exuding a blues, folk vibe; the album is a great piece of compilation to have if you ever need to relax and enjoy. Kaitlin’s voice is powerful and expressive, adding a great depth of emotions to her lyrics. When she sings quiet songs like My River, and Accidents, her vocals are given great emphasis. Her songs resonate with a laid-back country charm that makes it so easy to listen to and love.

The artist has shared the stage with fellow musicians John Mayer, Norah Jones, John Legend among others. She’s currently set to perform at various venues around New Orleans and NYC too. If you happen to be in the area and love her sound, you can check out her website for the dates and venues. In the meantime, treat yourself to this wonderful album. You won’t regret it.