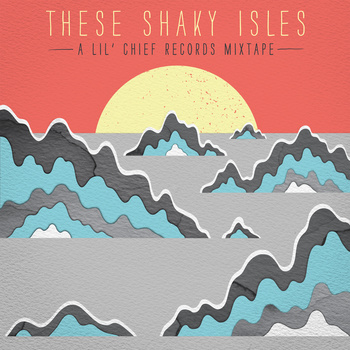 There’s both a sense of well-known comfort and exploring foreign territories in These Shakey Isles, a mixtape by various artists released by Lil’ Chief Records.

Lil’ Chief Records is a New Zealand independent record label that aims to achieve a specific aesthetic to pop music. Since their first release in 2002 (Hold Hands Feeding Ducks by The Brunettes), the record’s dream of a pop collective has already taken shape with numerous releases from their growing numbers of artists, and a two-page article on the London’s Sunday Times.

Released last May 4 2012, These Shakey Isles is composed of 14 tracks that are all fitting candidates for a hit radio single.

Just a Boy by Pikachunes opens up with scratchy riffs. The monotonous vocals paint a stark contrast to the development of a based rhythmic structure to a universe of glowing harmonies.

Traversing on a more ambient avenue, Princess Chelsea‘s Frack reaches the upper echelons of soothing music with ghostly vocals that shines throughout the track. While The Eversons’ Could It Ever Get Better? is right out of a teenage coming-of-age film. This serves as a brilliant wake-up song from the previous slow ones.

A personal favorite, Haunted House by The Ruby Suns pushes beyond the boundaries of pop while maintaining quirkiness and style. Press play and devour on this little gem of sunshine.

The Nudie Suits’ Inheriting the Stereo is a feet stomping folk song. This is the perfect track for hanging out on the beach. Tracks like Honey Pie by The Gladeyes and The Observatory by The Tokey Tones exudes country charm mixed with never boring stylistic choices.

Sealing up the album with some folk rock lovin’ is The Reduction Agents’ Waiting for Your Love. Polished vocals build sonic climaxes as it blends flawlessly with guitar strums.

The other artists featured in this collection are Voom, Cool Rainbows, Wet Wings, Shaft, and Pie Warmer.

To wrap it up, These Shakey Isles showcase songs that are virtually distinguishable from one another yet still unites as a forefront for Lil‘ Chief Records. It’s a basketful of goodies that will satisfy even the most distinct palette.