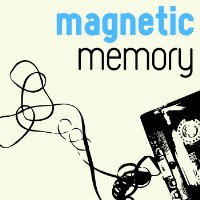 After years of working together on their music, four-piece Springfield, MO natives Magnetic Memory are finally ready to share the fruit of their hard work.

This self-titled EP is their first compilation. Featuring 8-indie fun lovin’ tracks; each song is reflective of the band’s willingness to take their time as they explore and create plenty of musical reflection as well as lyrical innovation on the record.

Made up of Phil Davis, Tony DeLuca, Adam Wright and Cody Lane; they consider bands like Modest Mouse, Wolf Parade and Arcade Fire as among their influences.

Generally exploring indie rock, the boys sometimes sprinkle a dash of dance pop in their super catchy compilation. You’ll find 8 singles that run less than 4 minutes each. A few tracks like Molecules in the Ocean, echo with a subtle 80s feel. This isn’t a bad thing since it makes the song quite appealing in a weird, kind of “already familiar” way.

Meanwhile, Attic Room, is a laid back indie affair with tambourines, handclaps, unison singing and great guitar work. There’s a remix version found at the end of the album which is more dance pop infused than this one. Both versions are beautiful and suit particular tastes. Sycamore Tree is another single you shouldn’t pass up.

Overall, the album is quite endearing. Its greatest strength is the fact that it sounds quite “typical.” The band doesn’t really go beyond the lines of indie rock but they’re definitely no cookie-cutter group either. They deviate enough to add their personal touches while maintaining likability in their songs. Really good stuff you can put on anytime. Check them out and grab the download.