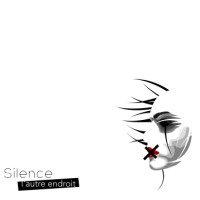 Heavy guitar trip-hop all to the sound of Silence. Native Belgian, Vincent Gires, dubs himself as a Silence and creates music infused with trip-hop, industrial and ambient.

Although some might argue about labeling his music as trip-hop when its leaning more towards straightforward industrial sound, there is no doubt that certain tracks on this album centers on thought provocation which is the core of trip-hop.  Stop!, for instance, features a woman on the verge of being a victim to a crime.

L’autre endroit compiles  heavy guitars and synthetic beats that takes you for a ride into the unknown.

So far, Silence has released two albums, L’autre endroit and Encre. Both are pretty much in the same vein, although the latter is dubbed as being “lighter” in sound. Both of his albums are available as a free download and registered under a creative common license.

Only very little information is found online for this band. Although they do have a website, it’s only good if you speak their language, which unfortunately didn’t come equipped with my tongue. It was great eye candy though.  Personally, I like the album, particularly cuts number 4 & 8 (Stop! and Particule) respectively.

It may not be the cream of the crop when it comes to experimental trip-hop sound, but Silence certainly brings a lot to the table. It’s a great listen if you’re a fan of the genre.