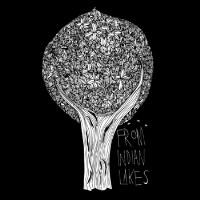 From Indian Lakes brings to life the beautiful indie charm of Southern California in their music.

Much like putting on an indie film soundtrack, Songs from Indian Lakes is brimming with one easy listening cut after another.

The album contains three remixed and remastered singles from their previous album along with two tracks from their upcoming release. With carefully orchestrated compositions and solid instrument work, their songs flourish with personality that’s difficult to deny a listen.

The album is quite short but it certainly packs enough punch to make the audience want to find out more about the band. Opening with the beautiful and smooth cut, We Are Sick; the song delivers all qualities of a great indie pop rock favorite. Listeners are treated to a catchy guitar work, slightly new wave style vocals and a general feel good vibe.

Sing-a-long hypnotic track, Breaking My Bones follows closely behind. The track ups the tempo and brings in a luscious array of instruments and harmonies. Meanwhile, We Never Dream is one of the most likable songs on the record. It features enough of a pop touch while intertwining with loud guitars and shouty vocals.

The album closes off with I Have No Answers and We Are Invincible. The former is an anthemic track filled with high pitched chorus vocals and great energy while the latter is an equally high-powered performance with just the right moments of lull as if to give listeners a chance to take their breath before jumping inside the chaos again.

Overall, Songs from Indian Lakes is one of those records you’ll find yourself growing into. Before dismissing them as just another indie pop punk rock band, take a listen. Their songs are intuitive and bury beautiful layers of composition that listeners will love to discover at each play.

The band is currently working on their new record so that should be something to look forward to as well. For the meantime, don’t miss out on this one. It’s  available at a name-your-price download on BandCamp.