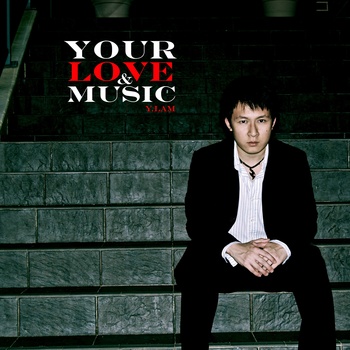 Y.Lam will definitely capture hearts in his latest musical effort, Your Love & Music. Released last December 14, 2010, this album features ten tracks that plays on the territories of pop and r&b.

Packaging himself as the all-in-one artist, Young ‘Y.Lam’ Lam is an Australia-based producer, performer, and entrepreneur whose works range from pop and r&b songs to soundtracks for commercial media. He also established his own record label YLamProductions where he crafts his music and his business skills in digital marketing and promoting.

Upon listening, one standout feature of this album is its radio-polished tracks. After the charming interlude Morning: Waking Up, Y.Lam welcomes the listeners with Hello, a piano-induced track dressed with an upbeat energy. This is the perfect companion for a morning coffee.

Laziest Man on Earth is a little piece of sunshine flourishing with acoustic strings and birds chirping on the background. An earthly, stripped-down delivery adds a nostalgic flair to the track.

Tracks like Slow Dancing Under the Moonlight, Hallelujah, and Echoes in My Head (piano version) pose themselves as anthems for late-night drinks. Soothing piano keys are perfectly played to serenade the ears.

Overall, Y.Lam’s Your Love & Music is an impressive and cohesive album that features soundtracks for the whole day long. For those who love pop and r&b, don’t miss the chance to grab this free download!