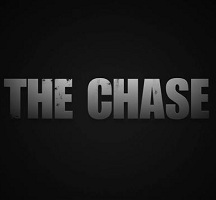 Hearts will stop in the action-packed 3D animation The Chase by Tomás Vergara, a self-taught artist from Chile. Because of his passion for film, he left his day job in advertising and made this visual masterpiece.

For eight months and with only US $700, Vergara isolated himself in a cabin on the woods and followed his dream to produce an animated film. The result was The Chase, a short piece revolving on a newbie hitman who’s job goes on the loose.

For a first project, the film has amazing ingredients on hand—good visual techniques and a unique concept.

The chase scene on action movies was perfect to showcase skills and play with the visual surroundings. It’s a hard thing to create successful and enjoyable fight sequences, but Vergara had pulled it off with flying colors. The scenes are not muddy and chaotic, instead, they’ll leave you hanging for breath.

The Chase re-opens the door of indie animation to a genre that has been absorbed by mainstream movies. It proves that independent films can also showcase flawless action movies, even with the budget constraints.

Tomás Vergara has a lot of creative mojo and is not afraid to test the waters. I’m excited to see more of his works!