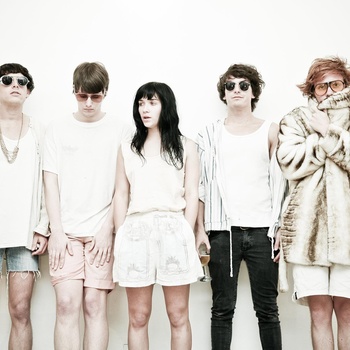 Beach Party is a South-African band serving us music that rides the waves of the oceans and strikes hard like the heat of the sun. The group was conceived at the end of the Hippie love era, where blues, rock and roll, soul, and jazz scattered all over. It was through their artistic simulation, group interplay, and imagination which enabled them to incorporate mythology and mysticism into their inimitable style and concept.

Beach Party EP is a seven track compilation of music from the coast with subjects way beyond the sun and the sea. Water is a sprawling composition with the loftiest of intentions. It is both wisecracking and tenderhearted. Positive vibrations will unfailingly befall on you as you listen to this two minute and a half soundtrack.

Last Train is a little bit corny and cliche but still impossible to hate for its boatload of playground charm. While Girls has made to be an existential chill-out record that feels substantial even edgy but without feeling forced.

Over This opens the set with a funky, strummy acoustic-guitar riff, adding pieces one by one, as if teasing the senses slowly and carefully. And Or Fin wraps it up by playing electric guitar chords with a loose drum pattern.

The album’s overall groove is delicious and probably one of the most tuneful jam in the beach scene. The easy rolling pleasures are tough to deny and the flavorful melodies will shimmy you off into an island sunset.