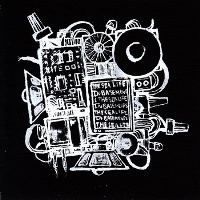 The Sea Life: In Basements

One spin of The Sea Life‘s latest release, In Basements, and it’s clear that this might just be the perfect chill-out album for the weary soul.

This Washington-based band is composed of Patrick, Jordan, Payton, Jon, and Vivek. In their latest album, The Sea Life separates themselves from the pack with ten tracks of undeniable dream pop. The group’s sonic palette can be summed up as something “in-between” dark rock tones blended in a calm and spacey atmosphere.

Shoot Me Down opens the album with earthly vocals flowing through acoustic strings. The track encapsulates love and running away in a charming piece. Surf Rock Nine leans more on the rock department as electric guitar and upbeat drums creates a beautiful contrast with the echoing vocals.

Adding a flair of orchestral-sounding keys, Magic Weapon is a soothing track that experiments on layered arrangement. Closing the album is Uh Oh No, a light indie pop piece that serves the right amount of texture with electric guitars and subtle drum beats.

In Basements functions as a tiny pill that makes your day a little better upon listening to it. The Sea Life has crafted an album that’s not tiring to consume even after repeats.